There are so many features on the iPhone that I enjoy using such as 3D Touch, AirDrop, Night Shift, Widgets, and voicemail transcriptions. If you have been using an iPhone for a while, then you probably already know how to use most of the features. However, there are a number of features that are under-the-radar which could be useful. Here are 26 of the best iPhone tips that you may not know about: 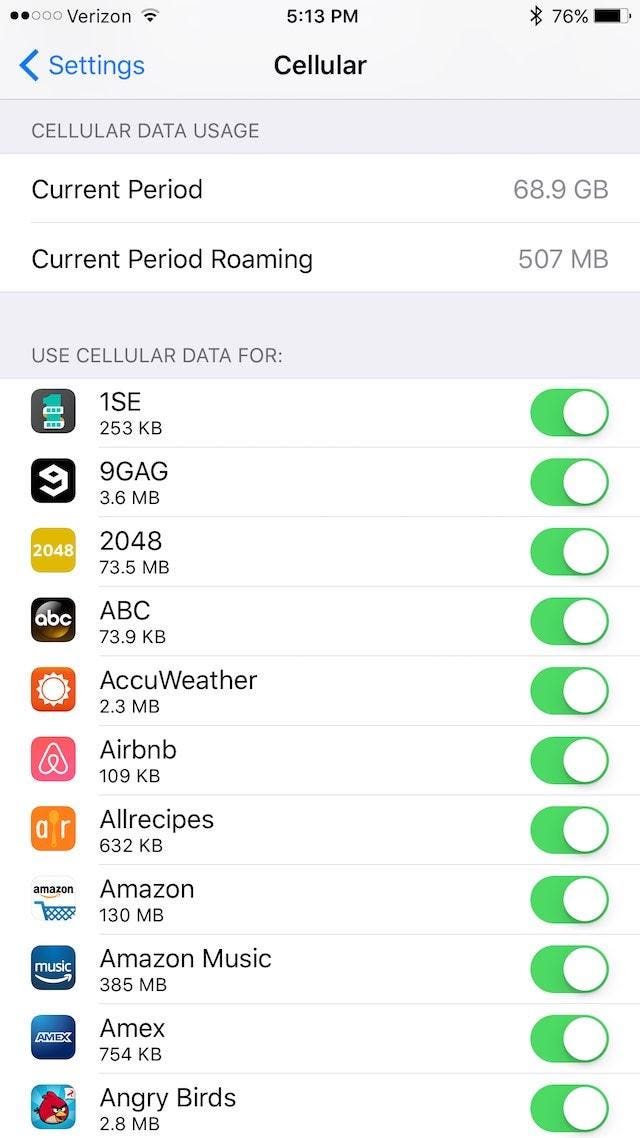 Whenever I use the YouTube app while on-the-go, I tend to run out of my data allotment pretty quickly. Fortunately, there is a way to block certain apps from using your data by going to Settings app > Cellular and disabling cellular data usage for specific apps under the Use Cellular Data For section. This can be especially useful if you are starting to run low on data for the month. 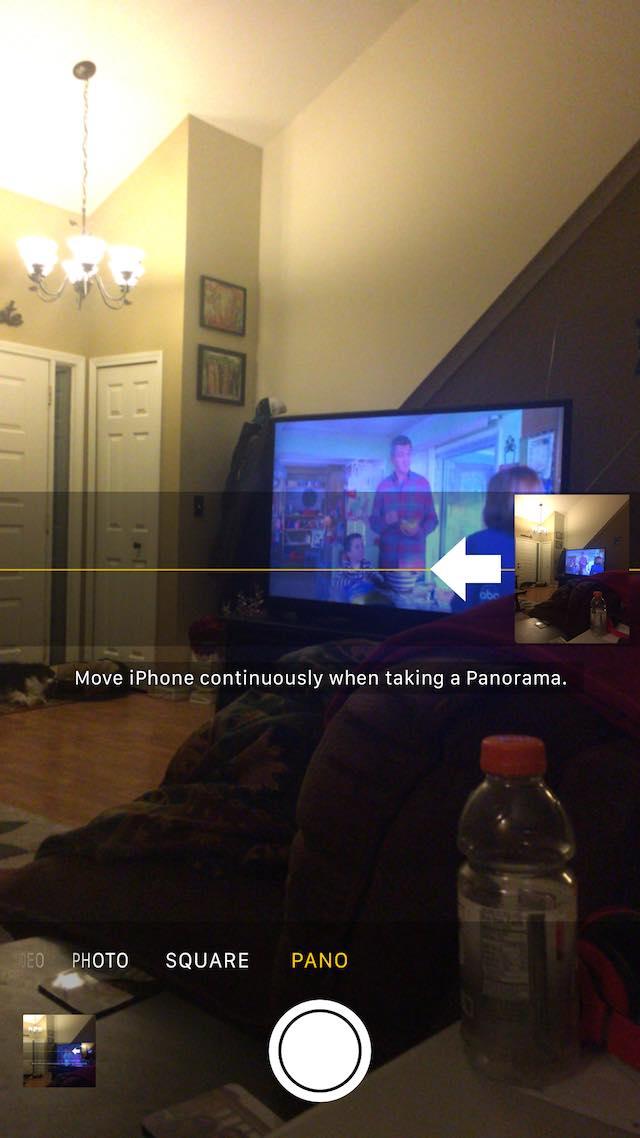 Panoramic from left to right

3.) Change The “Respond With Text” Defaults 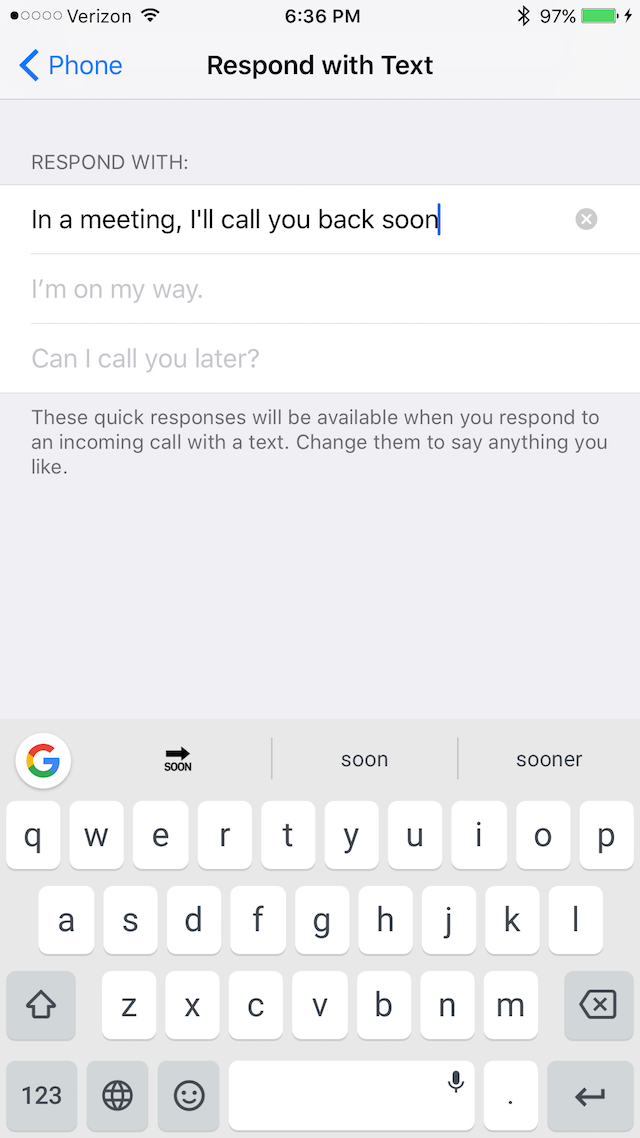 When you are receiving a phone call, there are three options that appear -- which are Slide to Answer, Remind Me and Message. Usually, I pick the Message option if I cannot pick up the call.

The three options for the default text messages are: “Sorry I can’t talk right now,” “I’m on my way” and “Can I call you later?” But you can change these three default options by going to the Settings app > Phone > Respond With Text. Unfortunately, the maximum number of defaults are three. 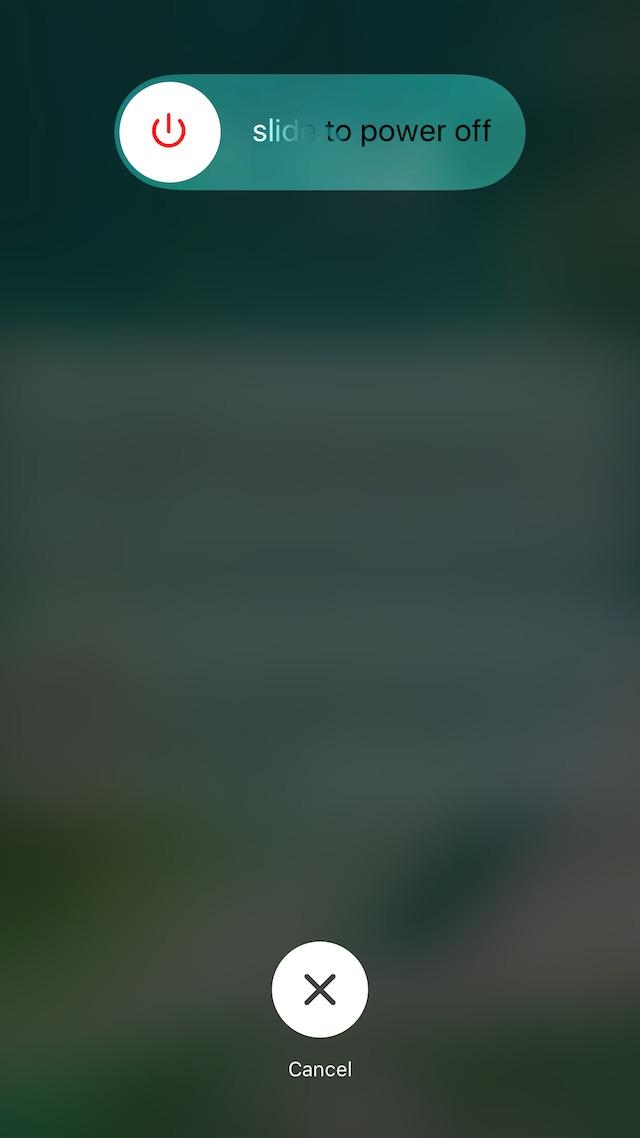 Sometimes it may feel like your iPhone has been slowing down. This could be potentially fixed by clearing the app memory. You can do this by holding down the Sleep button until the Slide to Power Off slider appears. When the slider appears, you will need to hold down the Home button until your iPhone goes back to the home screen again.

After your phone is returned to the Home screen, the apps have been cleared out of memory. This should make your device feel faster.

5.) Close All Tabs Open In Safari 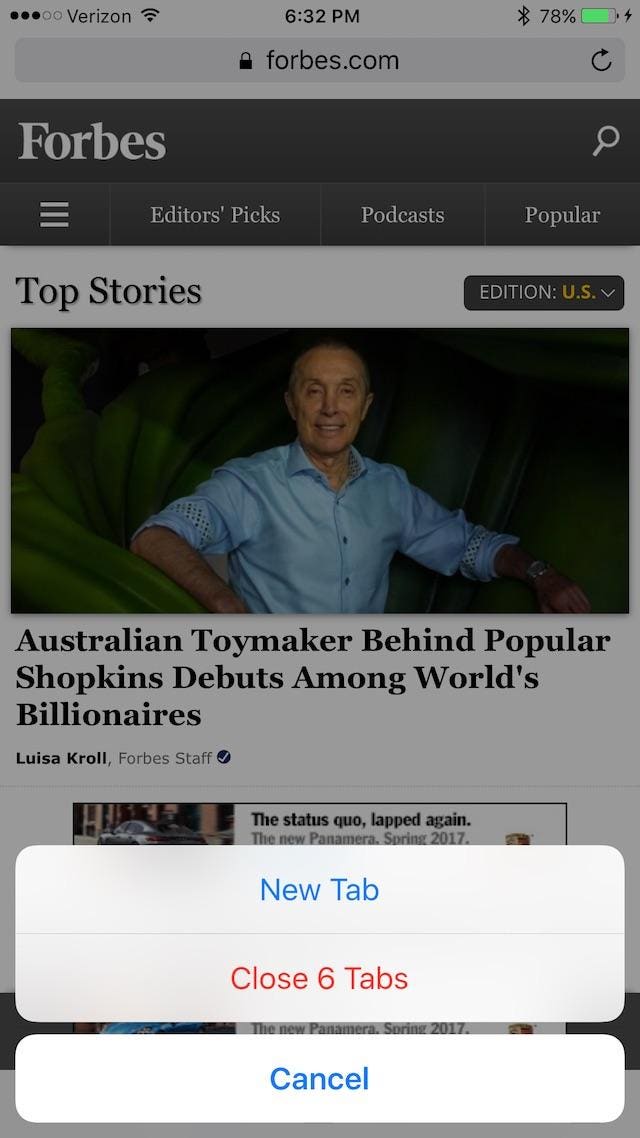 While browsing the Internet in Safari, sometimes you might not realize that you have opened up way too many tabs. Fortunately, there is a way to close all of the tabs in one go.

If you want to close multiple tabs in one go, then you simply need to push down on the tabs button at the bottom-right of the screen. Then you will see two options: “New Tab” and “Close X Tabs.” 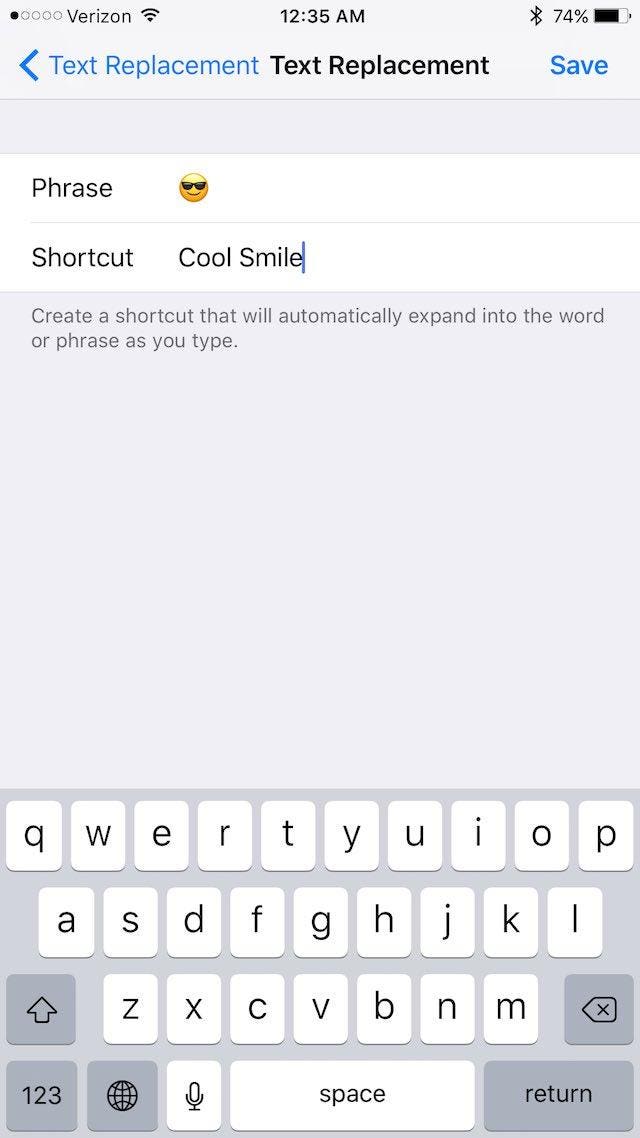 To make emojis easier to find, you can create text shortcuts for them. Shortcuts to emoji or other phrases can be set up by going to the Settings app > General > Keyboard > Text Replacement and tapping on the + icon at the top-right. For example, I put the smiling face with sunglasses as the Phrase and put “Cool Smile” as the Shortcut. So every time I type “Cool Smile,” the smiling face with sunglasses appears.

Remove a digit in the Calculator app

Sometimes you may have made a mistake while typing a number in the Calculator app. Users usually press the “C” button to clear the whole number and then retype it. But if you want to simply delete the last digit of the number, then you just need to swipe right or swipe left on the black area at the top of the app where the number appears.

One of my favorite hidden iPhone features is the ability to have Siri read highlighted text out loud. This feature is known as “Speak Selection.” You can enable this feature by going to the Settings app > General > Accessibility > Speech > toggle on Speak Selection.

After you enable “Speak Selection,” a new option will appear when you highlight text to have the content read out loud. This feature can be especially useful if you want to have an iBook read to you. This also works for text that you highlight on a website. 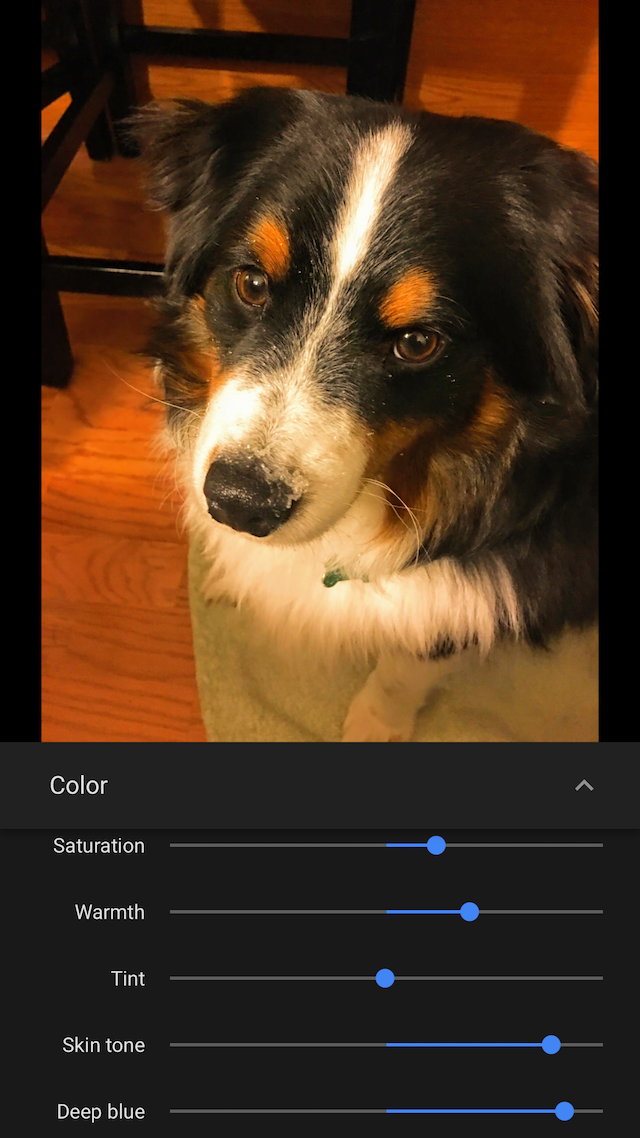 Photo editing on the iPhone 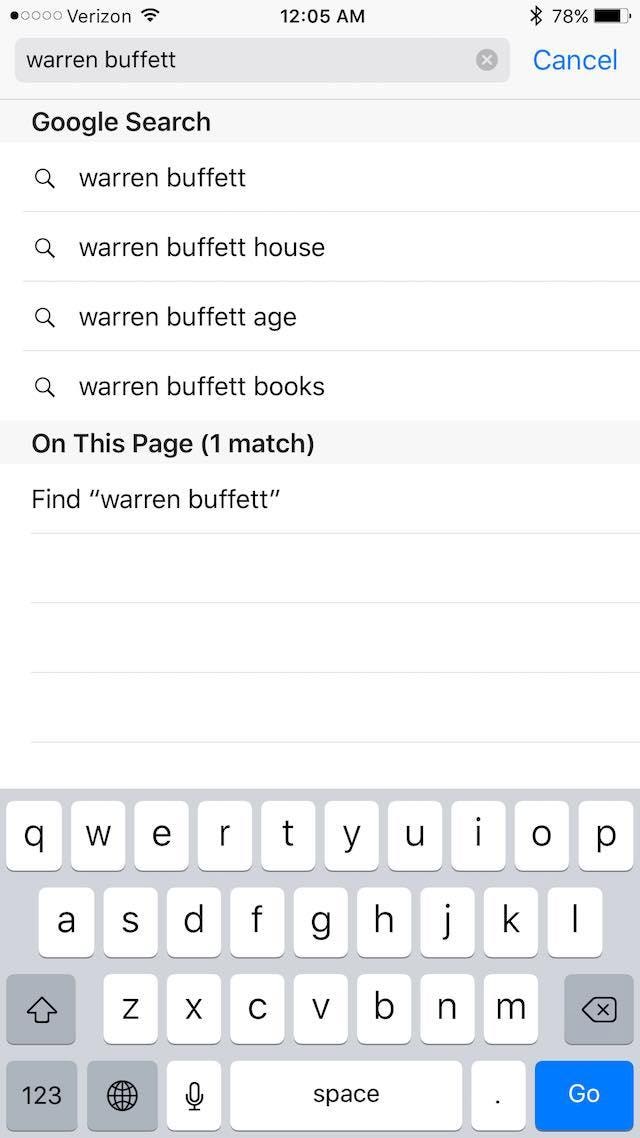 Find On This Page

Sometimes when you are viewing a website, you might be looking for a specific keyword similar to pressing Ctrl + F on a Windows machine or ⌘ + F on a Mac.

Fortunately, there is a way to find a keyword on Safari on iOS by typing in the word on the address bar and then scrolling down to where it says “On This Page (x number of matches).” And then when you tap on that result, you will notice the Find Keyword bar at the bottom of the website. 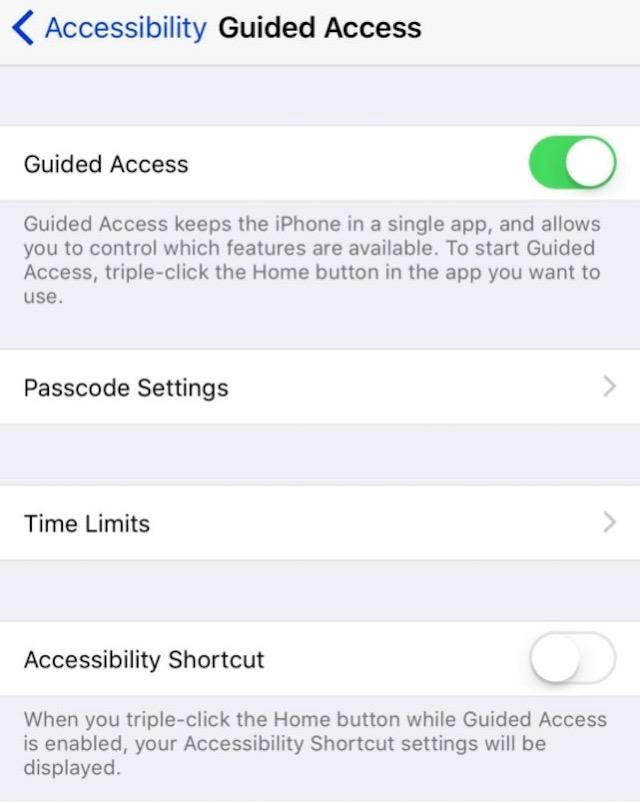 Under the Settings app > General > Accessibility > Guided Access, there is a feature called Guided Access. This feature restricts users to a specific app. Guided Access also has Time Limits where people can no longer use your phone. This can come in handy if a kid wants to use your phone to play a game or watch videos and you do not want him or her to access anything else on your phone. Once the feature is activated, you can restrict actions like the ability to use the Sleep/Wake Button, Volume Buttons, the Motion button, Keyboards and Touch. And you can restrict certain areas on the display by drawing a pattern around the portion that you want to block.

You can also set up a shortcut to this feature by activating it under the Guided Access menu. The Accessibility shortcut default is triple-clicking the Home button while Guided Access is enabled.

12.) How To Charge Your Phone Very Quickly 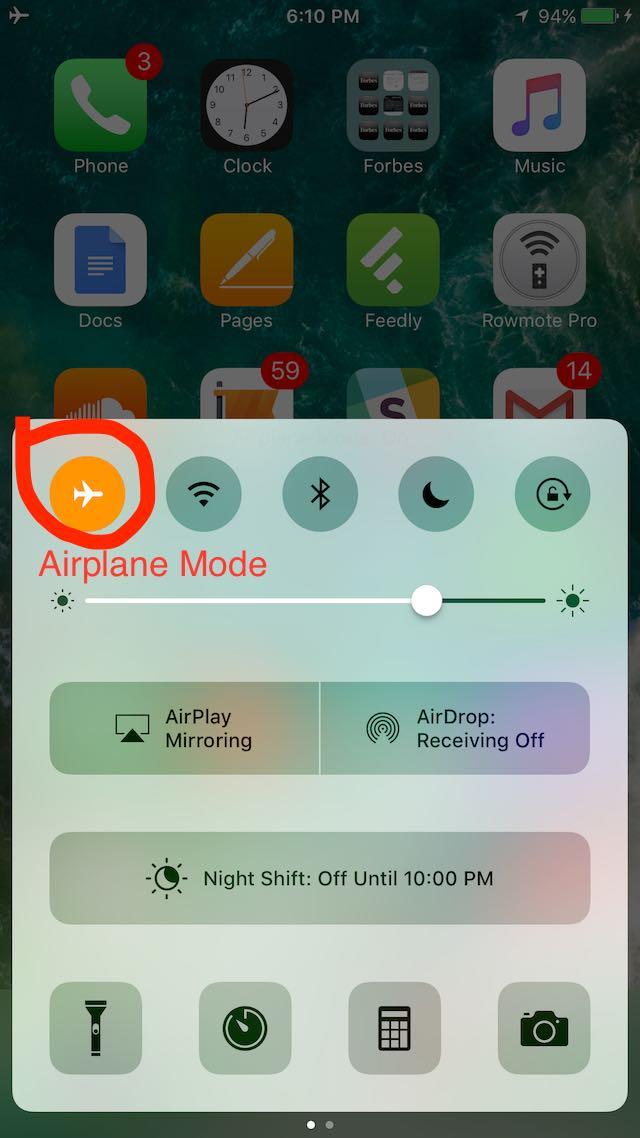 In case you need to quickly power up your device, then you may want to consider putting it in Airplane Mode temporarily. While in Airplane Mode, your device could still be connected to Wi-Fi. But incoming cellular phone calls would not work and you will not be able to connect through cellular data.

13.) Lock The Camera Focus And Exposure 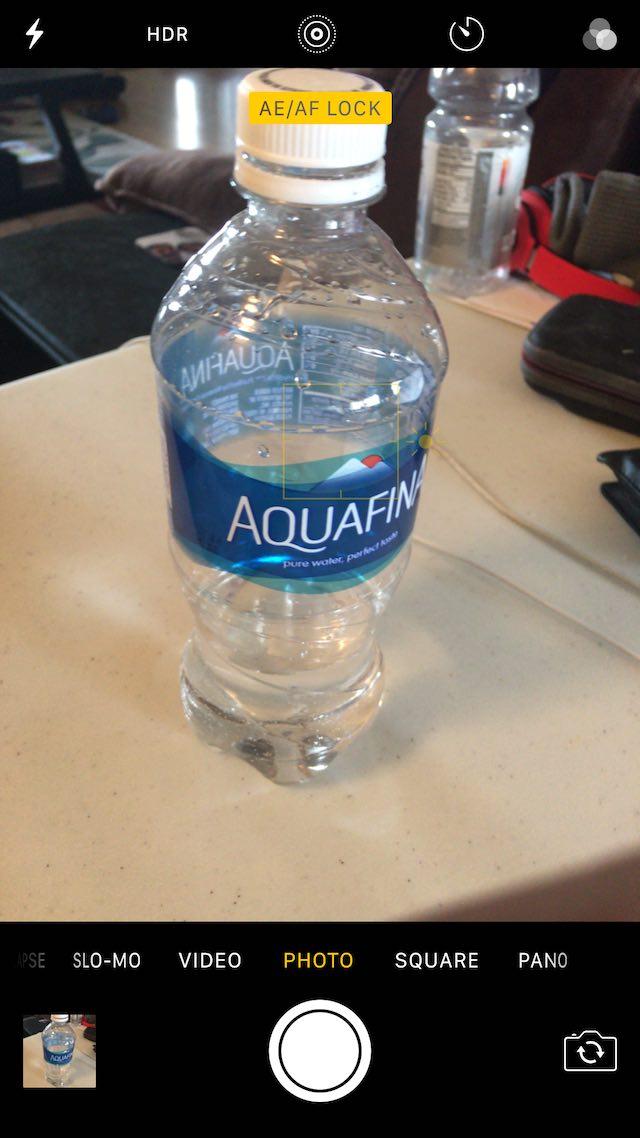 You may have noticed that when you open the Camera app, there is a yellow box that is used for focusing on a subject. That yellow box moves around as you move your camera, but did you know that it could be locked in place? Push down on the yellow box until you see text at the top of the camera that says “AE/AF LOCK.”

In case you want more of an alert upon receiving phone calls or text messages other than sounds and vibrations, there is a way to get the LED flash to blink as well. You can set this up by going to Settings > General > Accessibility. Under the “Hearing” section, there is an option that says LED Flash for Alerts. When you open this menu, there are two toggles: one to turn on the feature and one to use LED Flash for Alerts when the ringer switch is set to silent.

Once the Compass app is in level mode you can tilt it up and down while holding your device in landscape mode. This can come in handy if you are hanging up a frame on the wall.

But did you know that there is also a bubble level tool? If you are holding your device in portrait mode and move it up and down while the Compass app is in level mode, you will see a bubble level to determine if your object is perfectly horizontal. 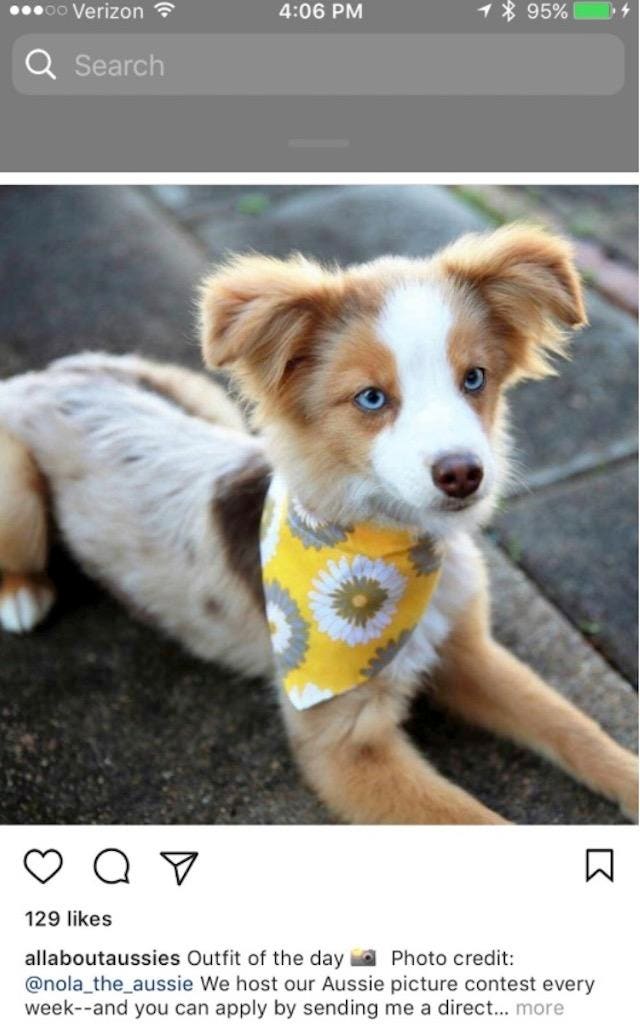 Spotlight Search in an app

17.) Quickly Add A Period To The End Of Your Sentence

Just in case you accidentally closed tabs that you did not want to, there is a way to quickly find them again on Safari for iOS. You can quickly see your recently closed tabs by tapping on the tabs icon at the bottom right and then holding down the + sign. 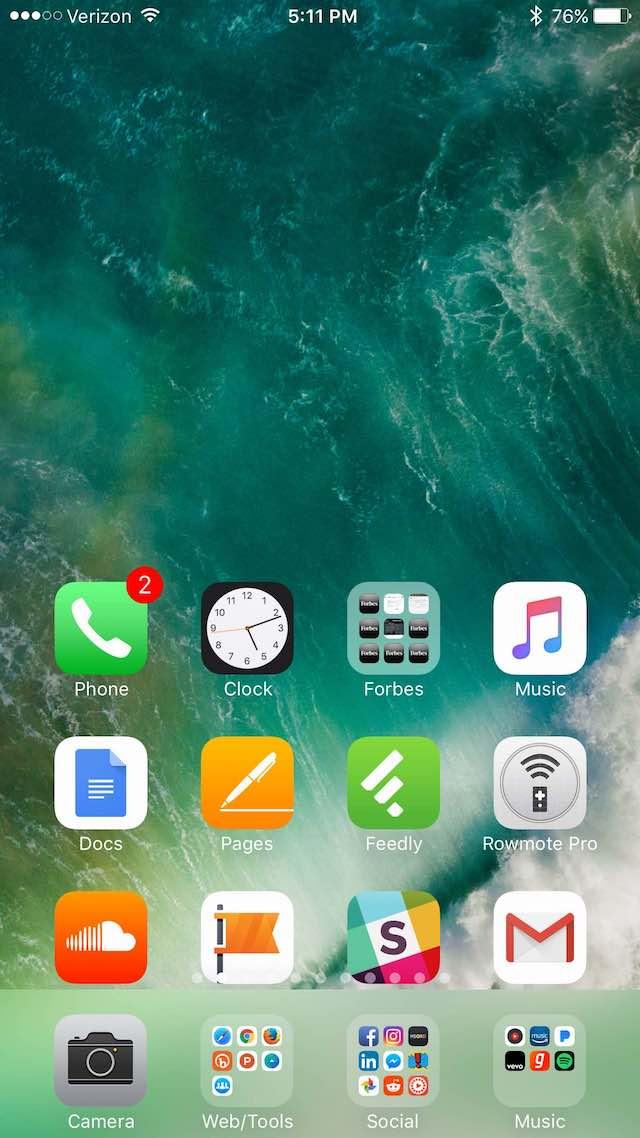 One of the subtle features that Apple released within the last couple of years is called Reachability. Reachability makes it easier to reach content that is at the top of the screen using a Home button shortcut. This feature is especially useful for those of us that have the larger Plus-sized iPhones.

You can activate Reachability by going to the Settings app > General > Accessibility > toggle Reachability on. After this feature is activated, you can make the content at the top of the screen lower to the bottom-half. After Reachability is turned on, you will need to double-TAP (without pushing all the way down) on the Home button instead of double-clicking.

When you are reading text messages in iMessage, you will notice that the time each message was sent is missing. You can see when a message was sent by dragging the message screen to the left.

Let’s say you are visiting a website in Safari and you want to save it as a PDF, there is a way to do it directly from the iPhone. You can do this by tapping on the “Share” button from the bottom navigation menu and then tapping on “Print.”

When the Printer Options mode launches, you will need to push down on the document using 3D Touch. This turns the document into a PDF and then you can tap on Share again to send it using an app like AirDrop, Gmail, Facebook Messenger, iMessage, iBooks, Slack, Dropbox, Evernote and Google Drive. 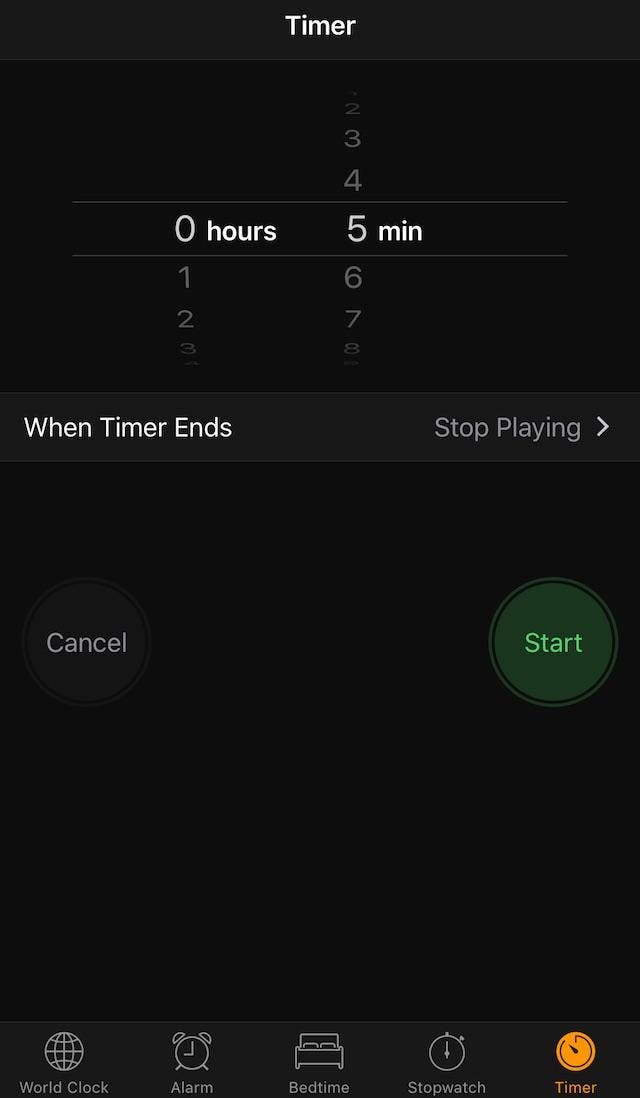 Have you ever wondered whether it was possible to have music play for a certain amount of time? This could come in handy if you are playing musical chairs or if you want to listen to music while you are waiting for your cake to finish baking.

You can set this up by opening the Timer feature from the Control Center (stylized clock face icon). The Timer feature is located within the same app as the World Clock, Alarm, Bedtime and Stopwatch. If you want to have your music, video or audiobook turn off after a certain amount of time, then you would need to tap on “When Timer Ends” and select “Stop Playing” within the Timer app. After you set the amount of time and start the timer, the music, video or audiobook will stop upon the end of the countdown.

23.) Take Photos As You Are Recording A Video 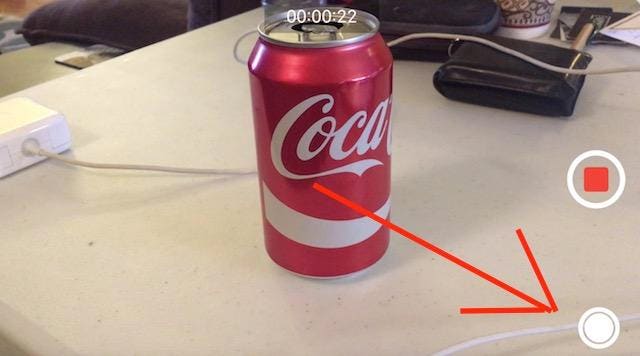 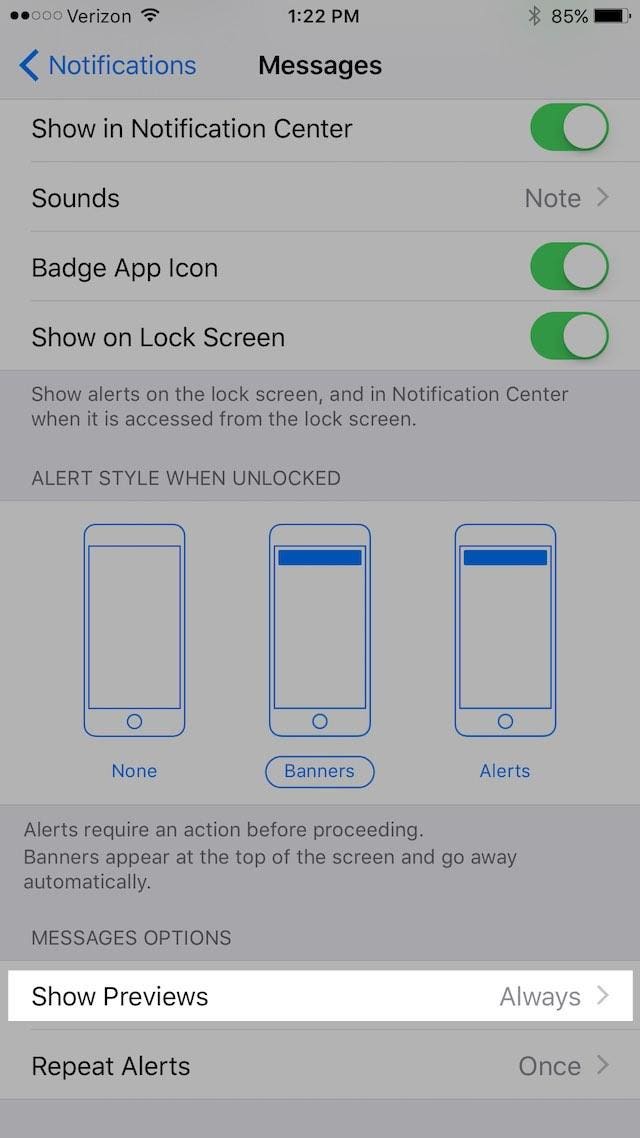 If you tend to leave your phone unsupervised on a regular basis and want to keep your text messages private, then you may want to turn off message previews. This prevents anyone that is looking at your phone to see what someone texted you unless they unlock your device. You can adjust this feature by going to the Settings app > Notifications > Messages > Set “Show Previews” to Off under “Messages Options.”

25.) Turn Off The Flashlight Quickly 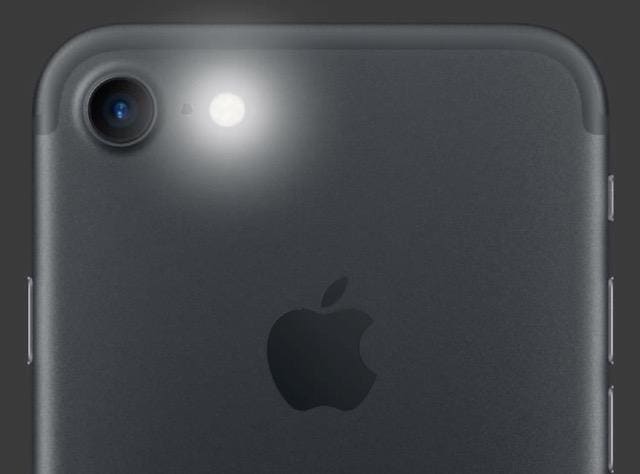 26.) Use An Alphanumeric Passcode

If you have any phone issue you need to get fixed in Melbourne, you are welcome to contact Repair Buddy.

The best wireless chargers for iPhone and Android in 2021

How Smart phone can help to minimise the COVID transmission