Should you buy a standard iPad or an iPad Pro?

Apple sells a bewildering array of iPads these days, but the iPad Pro line is easily recognizable as the best iPad that money can buy. Does that mean it’s the right choice for you? When it comes to the standard iPad vs iPad Pro, which one should you buy?

Let’s get it out of the way — the iPad Pro is not cheap. There are MacBooks running macOS that are less expensive than Apple’s flagship tablets. That’s perfectly in line with Apple’s drive to sell the iPad as laptop replacement. However, it also complicates the choice for customers. The iPad Pro isn’t aimed at quite the same target market as other iPads or tablets in general.

Which iPad is the “standard” model?

This is actually a mildly confusing question to answer. Apple sells a tablet that’s simply called the “iPad.” Most people would quite reasonably assume that this is the “standard” iPad meant for everyone. The truth is that the plain “iPad” is really a cut-down model aimed at the education market — not mainstream users. That doesn’t mean it’s not a great tablet, just that it’s not really the iPad Apple is aiming at the majority of people.

Instead, it’s better to think of the iPad Air as the “standard” iPad. It uses the same generation of hardware and core quality of life innovations as the Pro models, with the main differences coming in the form of features that appeal to power users. So the plain iPad remains an affordable way to gain access to the Apple ecosystem, but it’s not the model I’d recommend most people should go for. With that slight detour out of the way, let’s look at the standard iPad vs iPad Pro.

The key strengths of the iPad Pro 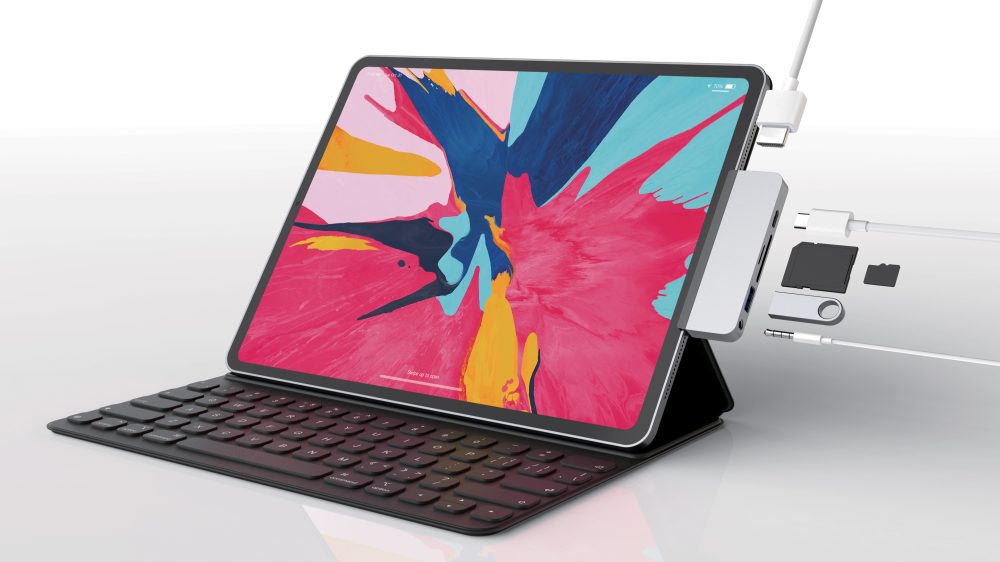 The iPad Pro commands a substantially higher price than the iPad Air, but what do those additional dollars get you? There are premium features both on the outside of these tablets and under the hood.

The display and audio presentation of the iPad Pro is substantially better than the iPad Air. There are two iPad Pro models — one with an 11-inch screen and another with a 12.9-inch screen. The iPad Air, on the other hand, has a 10.5-inch screen. The iPad Pros have a more modern design, with a better screen-to-body ratio. The Liquid Retina displays in the iPad Pro iPads are the best that Apple make for their tablets. Apple is known for making some of the very best tablet displays in absolute terms, and these are their flagship panels for tablets. They feature 120 Hz refresh rates (referred to as “ProMotion”) and much more responsive touch input. You really need to experience these displays in person to appreciate them, since watching a video on a 60 Hz screen is obviously not going to convey the technology.

The iPad Pro tablets are also the only iPads to feature a quad-speaker setup. The bottom speakers in a given orientation handle bass, with the upper two speakers doing duty as mid-high speakers. The audio from an iPad Pro isn’t just good for a tablet. It’s good period. This makes it great for media consumption, but it’s especially good for users who want to do creative work that involves audio on the go.

The other major external difference is the shift to USB-C, which is currently an iPad Pro exclusive. This makes it easy to find third-party docks and devices that work with the tablet. Especially since iPadOS brings support for peripherals such as external hard drives.

Under the hood, the A12X Bionic chip is substantially faster than the A12 Bionic in the iPad Air, making it suitable for jobs such as video editing using desktop-class editors such as Luma Fusion. The iPad Pro tablets are also available in storage configurations up to 1 TB, cementing their usefulness for serious creative professionals. 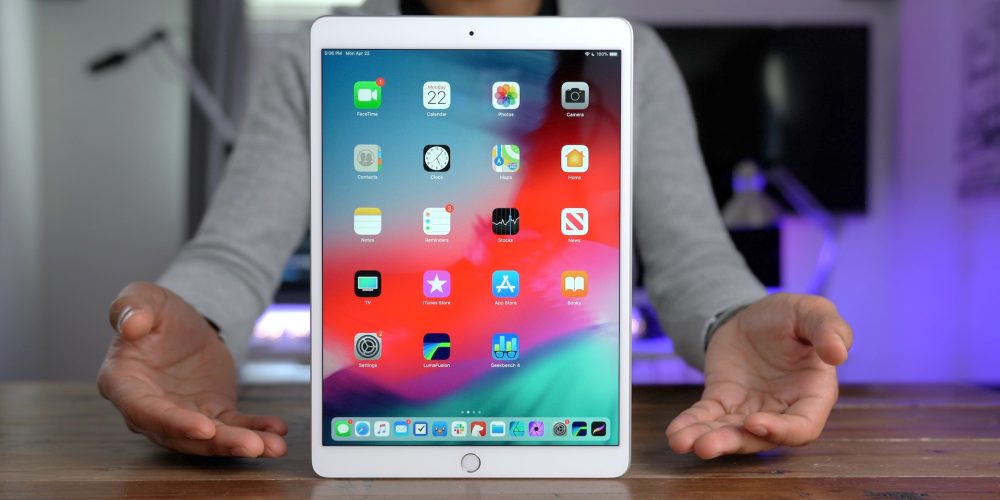 So, the iPad Pro tablets are superlative tablet computers, with overkill levels of performance and the best display and audio Apple has to offer. It’s arguably better than anyone else is offering at the moment, which might make you think that using something like an iPad Air means an unpleasant, compromised experience.

The truth is that the standard iPad experience is closer to the iPad Pro than the price difference would suggest. For users that mainly want to use their iPad for content consumption, gaming, and web browsing, the iPad Air is a great choice. You can even do light content work, if you’re willing to deal with more sluggish performance.

The iPad Air has actually inherited some of the best features from previous generation iPad Pros. It has TrueTone technology, which keeps colors consistent. It has the same laminated display technology, with excellent brightness and colors. It’s generally a better tablet than the original iPad Pro 9.7, released in 2016. It’s a tablet that plenty of people are still happy to use. The bottom line is that the vast majority of people who want an iPad should go for the standard iPad, which is the iPad Air.

Standard iPad vs. iPad Pro: Who should buy an iPad Pro?

Let’s try to drill down the sort of person for whom the iPad Pro is the right choice. If your use case matches up with any of these, you’re a good candidate for the Pro over the Air.

If these things matter to you, then the iPad Pro tablets certainly deliver a clearly better performance. With Apple heading toward a future where iPad hardware may even end up in MacBooks, it’s at the vanguard of that hybrid future. From that point of view, it’s certainly worth the price.

iPhone 12 vs Google Pixel 5: which Camera is better